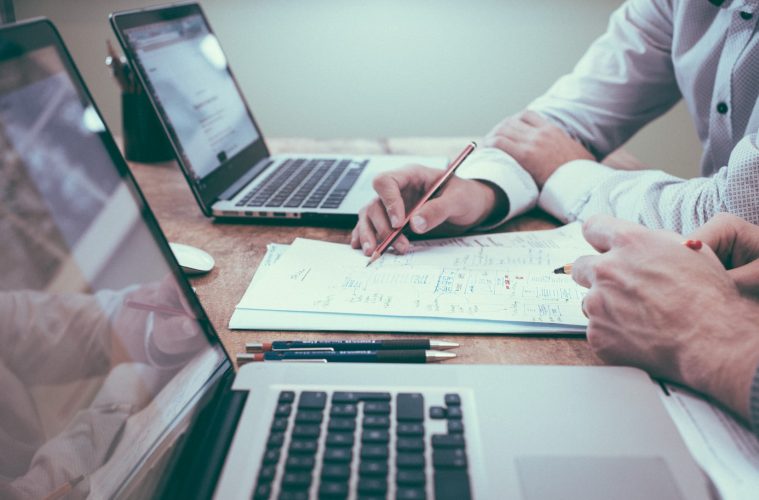 Transcribing audio and video recordings to readable text is very important these days. Many people’s lives are made easier by automatically converting these recordings to text format.

So, what are the benefits of a mp3 to text converter? With an audio transcriber it’s easy to trace down specific facts in an mp3 file recorded during a conference, phone conversation, meeting, or broadcast. When a recording is transcribed, it becomes searchable. You are also able to translate, organize and save this information for future use. In this article we’ll discuss 3 mp3 to text applications.

The originally English-language Trint was founded in 2014 by former ABC journalist Jeffrey Kofman. Unlike services from Microsoft and Google, which focus mainly on short texts, Trint uses artificial intelligence to convert long audio files from spoken to written word. And it does that reasonably well. Converting audio to text is fairly easy. As a user, you upload an audio file from your computer or an online source like Dropbox, Google Drive, Evernote and other cloud services. Then you choose the desired language. Besides English and Dutch, Trint also knows and recognizes German, Finnish, French, Hungarian, Italian, Polish, Portuguese, Romanian, Russian and Swedish. Transcribing then takes a few minutes. If you click on the name of your audio file, a text field will appear with the result.

The result is fairly decent at first glance. Of course, Trint does not transcribe everything perfectly, but it provides a workable base that you can polish while listening back to the audio. Also, a nice feature: Trint lets you mark parts of the text and transports the text as a doc or html file. The service also attempts to indicate when another speaker is speaking, although this does not work very well.

The Dutch AmberScript is very similar to Trint (see above), although the interface is nicer. The Amsterdam start-up uses machine-learning software that learns to improve itself to make its system better and better at transcribing. To achieve this, AmberScript uses data science specialists, whose job it is to continuously improve the transcription service.

Again, converting audio to text is a piece of cake. By using the upload button, you select an audio file from your hard disk. It can be an mp3 file, but also a wav, mp4, m4a, aac or wma. After the selection, you choose the language (English, Dutch or German), and AmberScript starts working. Regarding the number of languages and file locations, there are less options than with Trint, but what matters is the result.

And the result is something to be happy about. AmberScript is a lot better than Trint in most cases. Even in the test with several softly talking speakers, AmberScript converts a lot of speech into text. Of course, it is not perfect. Although AmberScript keeps up with the fast-talking speakers, some names and punctuation still go wrong. And the function which indicates when another speaker is speaking, still has a lot to learn.

Just like Trint, AmberScript offers users the possibility to correct text while the audio plays in the background. Exporting to XML and Word is possible, and with the replace function, wrongly transcribed words can be replaced with the correct ones in one go. Highlighting text is also an option, as is speeding up or slowing down the audio, making correction easier.

With dozens of languages to choose from including English and a price of only €9 per hour of audio, Happy Scribe sounds almost too good to be true. In any case, the service is one of the cheapest in this overview. The fact that USA Today, Forbes and the Wall Street Journal, among others, use it creates high expectations.

And Happy Scribe partly lives up to these expectations. Just like the first two services in this list Happy Scribe links your audio to the text you wrote, so you can listen to your conversation and correct any mistakes. The service is equipped with some keyboard shortcuts, which allow you to stop the audio or fast forward or rewind it, which can make editing much faster. Happy Scribe also accepts video files, from which the service distils the audio.

The result of our tests is comparable to Trint in terms of quality and therefore slightly less than AmberScript. Happy Scribe has some difficulties with English terms and fails more often than Trint when there is a lot of noise in the background. Furthermore, the service does not indicate individual speakers and does not really do punctuation. Transcribing takes about as long as the duration of your audio. Compared to the first two services in this overview, this is long, but still a lot faster than manual transcription.